Fruitspotting bugs (FSB) are native to Australia. They live in rainforest regions from 30° latitude (~Coffs Harbour) and north. FSB feed on the fruit, flowers and very young shoots of fruiting plants.

Many horticultural crops and garden plants attract FSB, and FSB readily move from their core native habitat. FSB are a major impediment to the commercial production of most tree fruits and nuts, and some vine fruits including passionfruit.

Crops are affected in the coastal and sub-coastal areas of Queensland, northern NSW, the Northern Territory and north-western Western Australia. Growers have recorded crop losses of well over 50% due to FSB damage. 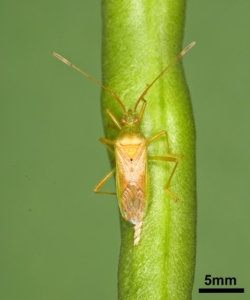 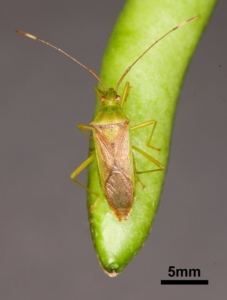 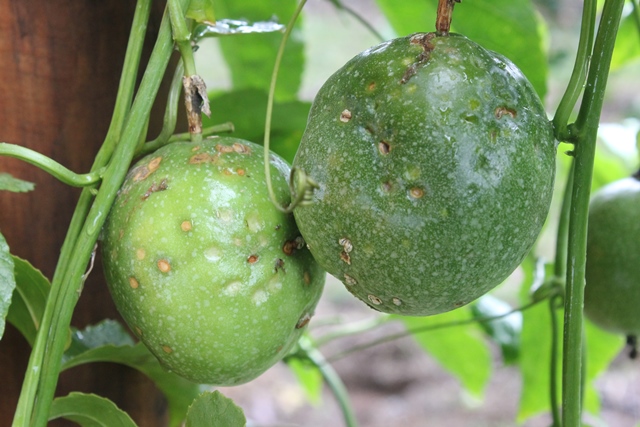 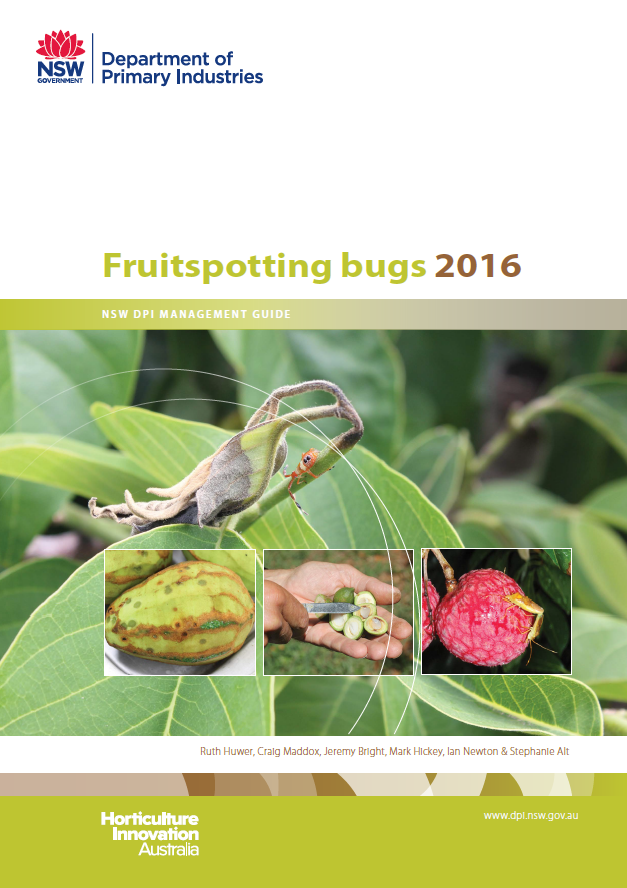 Download and review this guide produced by NSW Department of Primary Industries in conjunction with Hort Innovation.

Remember fruit damaged by FSB or BSB is unsuitable for sale in the fresh market. 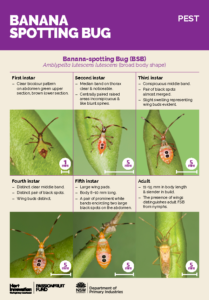 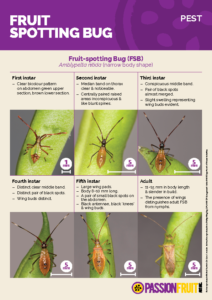 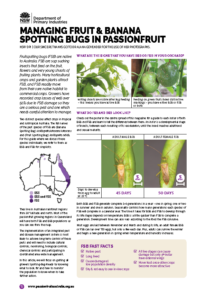 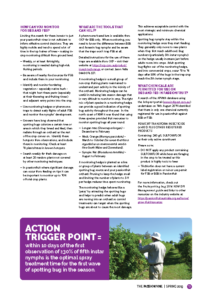